Shawn grew up on a small farm with his family outside the small town of Fitchville, Ohio.

The farm was a working farm with livestock, a garden, acerage to tend and firewood to chop, but Shawn always found a way to sneak in some play time.

One day, in the late summer of 1978, Shawn's father brought home a reel to reel movie projector.

He said, "You have to see this movie everyone is talking about." With a pull of the living room window shade and the flick of a lite switch, Star Wars "New Hope"
appeared in black and white, and with no sound.

Although the movie was not in its entirety, Shawn was fascinated with the many creatures and was then there hooked.

Over the past four (4) decades, Shawn has amassed over 20,000 peices of Star Wars toys, props, memorabilia, & lifesize statues.

But the thrill of toy hunting did not stop just with Star Wars!

Shawn began collecting various toys that were popular throughout the decades, spanning from the 1900s to present.

Today Shawn's & John's toy collection is an astounding 35,000 pieces and continues to grow each day.

Prior to his graduation in 1990 from Perkins High School, and Ehove Vocational School, Shawn founded his own Disc Jockey Company, Total Sound Entertainment,
where he entertained thousands and performed hundreds of weddings.

In 1995, Shawn partnered with Streetplayers Emcee and signed a two year contract with Cedar Point Amusement Park, to entertain the guests while they waited in long lines to ride the roller coasters.

Prior to founding Yesteryear Funland,
Shawn furthered his education by attending business and creative course through Terra Community College.

Shawn furthered his passion of toy history, by attending online courses through the Smithsonian, studying pop culture, and how it has impacted the toy industry through the decades.

Shawn is the writer for the museum's social media page, Yesteryear Pop Culture, & Today's Funland, celebrating the lush history of toys, and their founders. 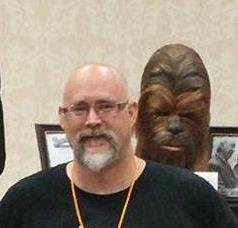