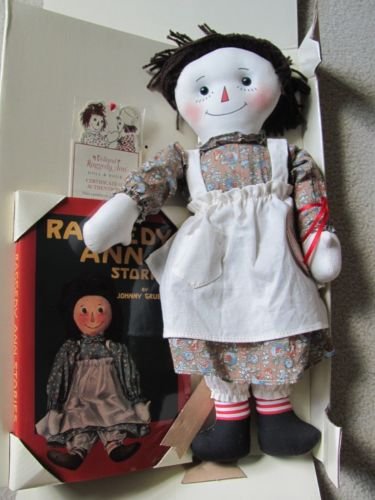 Raggedy Ann was a character created by Johnny Gruelle. The idea of Raggedy Ann came when Gruelle was rummaging around in his parents attic in Indianapolis and found a long forgotten homemade rag doll his mother made for his sister.

In 1918, the first book of Raggedy and was released called "The Raggedy Ann Storys."

There are over 45 known Raggedy Books, last to be published in 1977.

The doll has seen many transformations since 1915 and reproduced by many toy companies.

Today, Raggedy Ann features a brighter color of red yarn hair, bright red an white striped socks, blue dress, and the same white appron. She is still cherished by children today, and her many adventures are ready among story groups.