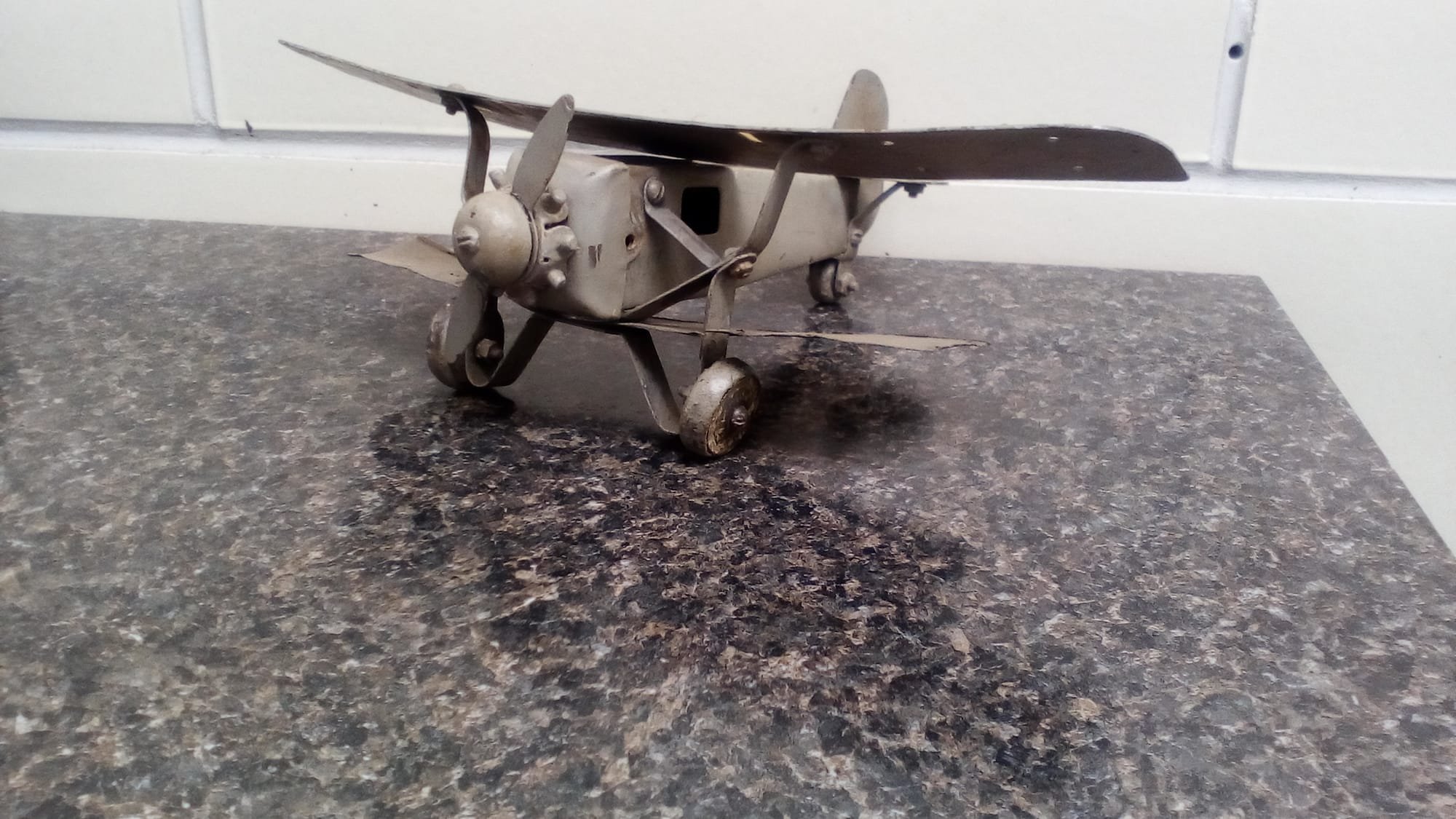 In 1927 Charles Lindberg became a world known aviator when he piloted his plane, the Spirit of St. Louis from New York to Paris. After making national news, the St. Louis based company Metalcraft knew the plane was destined to become a toy.

So they offered a Spirit of St. Louis construction kit that allowed fledgling aviators and their dads the opportunity to assemble the toy from the ground up. Toy company Strauss, began manufacturing the plane, promoting it on radio soaring over the Atlantic Ocean, bound for America.

Many different types of the Spirit of St. Louis were made from the 1920's to 1930s by various toy companies. They were made of a thin lithographed pressed tin, but the originals were far more favored than that of the tin lithographed because of the heavy construction.

Constructed from pressed steel, the St. Louis can endure rigorous play, just like that of the actual plane.