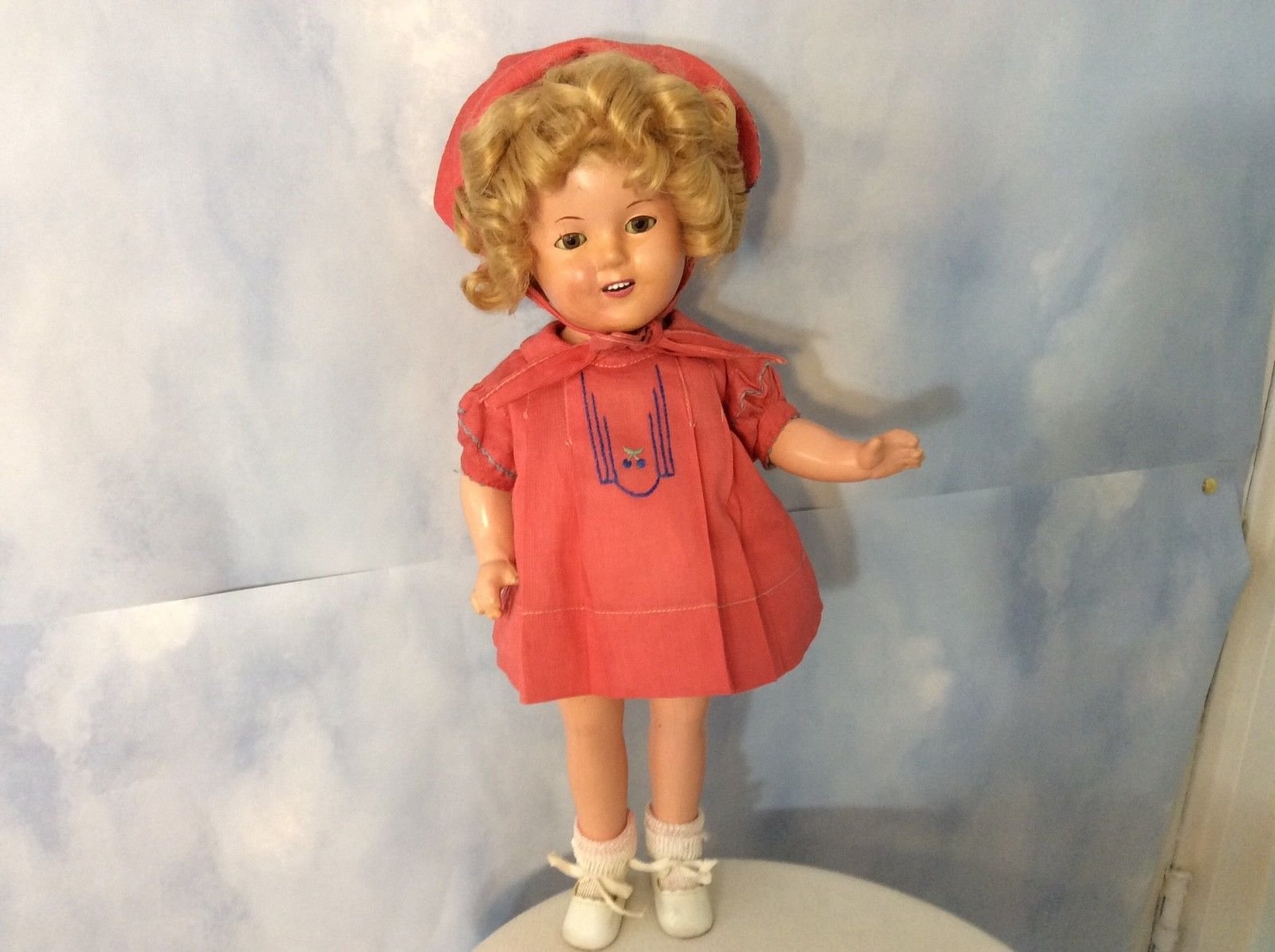 Shirley Temple was a an American actress, singer, dancer, businesswoman, and diplomat who was Hollywood's number one box office draw as a child actress from 1935 to 1938.

The Ideal Toy Company began making dolls such as Mr. Hooligan and Smookums dolls by 1910. By the 1930's Ideal created dolls after famous actress such as, Shirley Temple, Judy Garland and Deanna Durbin.

This 1934 Shirley Temple celebrity doll is made of composition, with Jointed body, wigged with 52 ringlet curls, hazel colored eyes, real eyelashes, dimples like Shirley herself, and open smile mouth with teeth, and the outfit is a replica from a Shirley Temple movie.