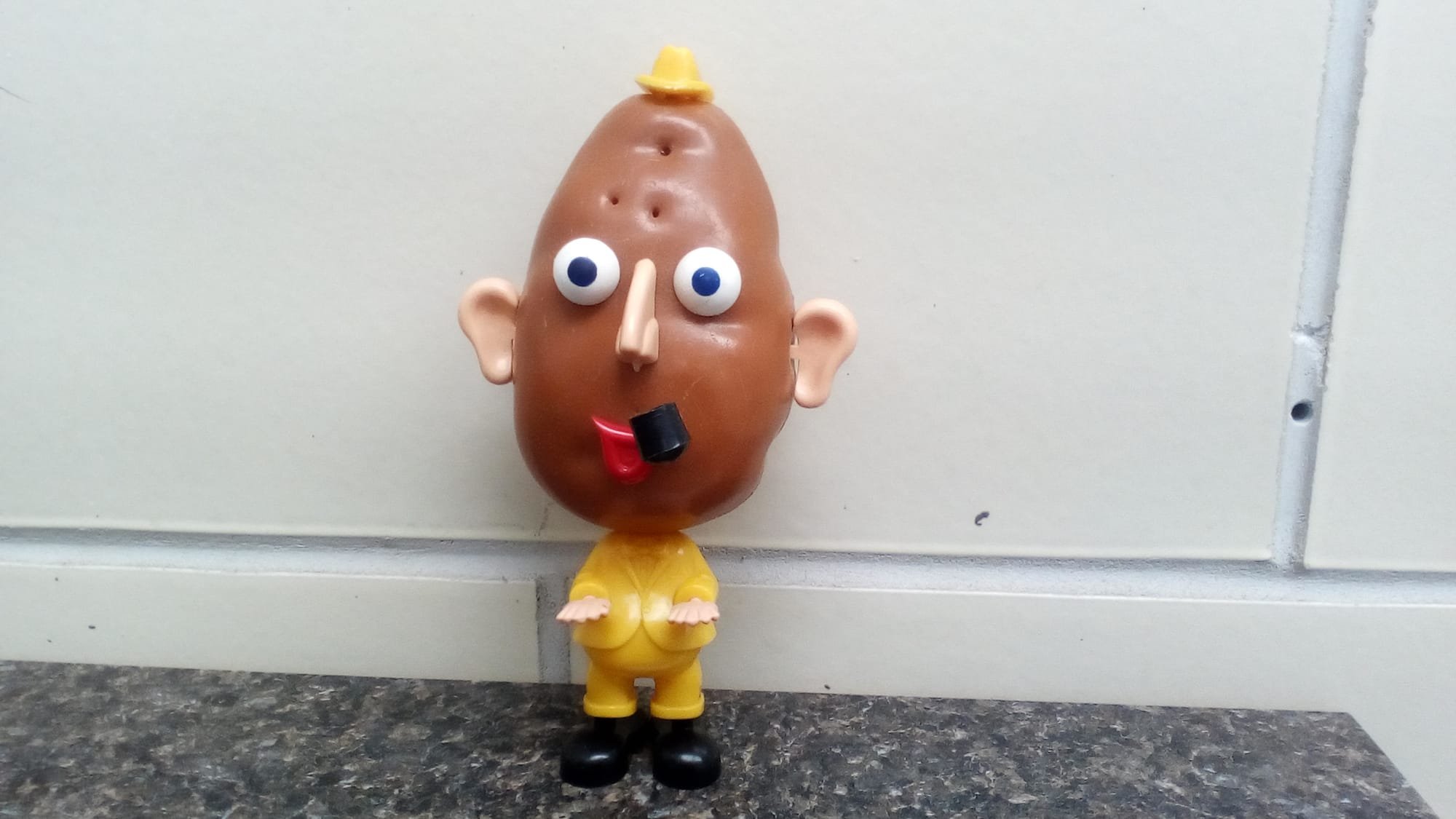 In 1952, George Lerner of New York City invented and patented Mr. Potato Head based on an earlier toy called "make a face" that used a real potato.

After being turned down by multiple toy making companies, Lerner finally convinced a food company to distribute the plastic toy as a prize for cereal premiums.

Realizing the toys potential they purchased the rights from the food company and offered Lerner royalty on every kit sold.

In 1987, Mr. Potato Head became the spokesman for the Surgeon General against smoking and surrendered his pipe.

In 2000, he was inducted into the Toy Hall Of Fame in Rochester, New York.