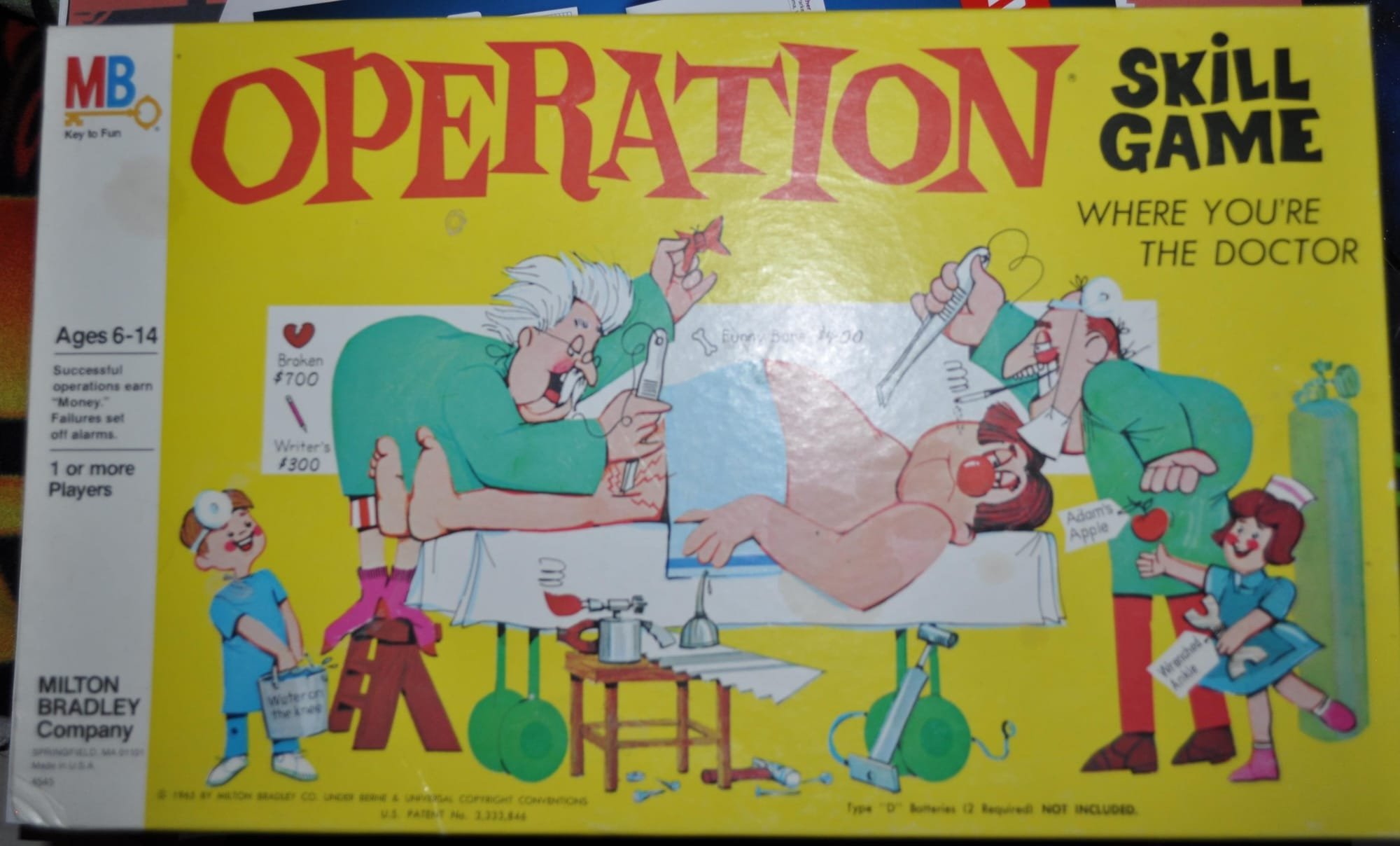 Manufactured by Milton Bradley, Made in USA Springfield, MA

Operation is a battery-operated game of physical skill that tests players' hand-eye coordination and fine motor skills. The game's prototype was invented in 1964 by John Spinello, a University of Illinois industrial design student at the time, who sold his rights to the game to Milton Bradley for a sum of USD $500 and the promise of a job upon graduation. Initially produced by Milton Bradley in 1965, Operation is currently made by Hasbro, with an estimated franchise worth of USD $40 million.

The game is a variant on the old-fashioned electrified wire looped game popular at funfairs around the United States. It consists of an "operating table", lithographed with a comic likeness of a patient (nicknamed "Cavity Sam") with a large red lightbulb for his nose. In the surface are a number of openings, which reveal cavities filled with fictional and humorously named ailments made of plastic. The general gameplay requires players to remove these plastic ailments with a pair of tweezers without touching the edge of the cavity opening.

One of the key features that makes this original Operation Game a collectors item is the Dr. Smoking over his patient.

Around the same time when the game was released, The Surgeon General issued the first report linking smoking to cancer, which led to declining smoking rates over the next four decades.

Today, Hasbro's operation game shows a wacky Doctor performing surgery without a cigarette in his mouth. The game is more kid friendly and does not influence the young to try smoking.