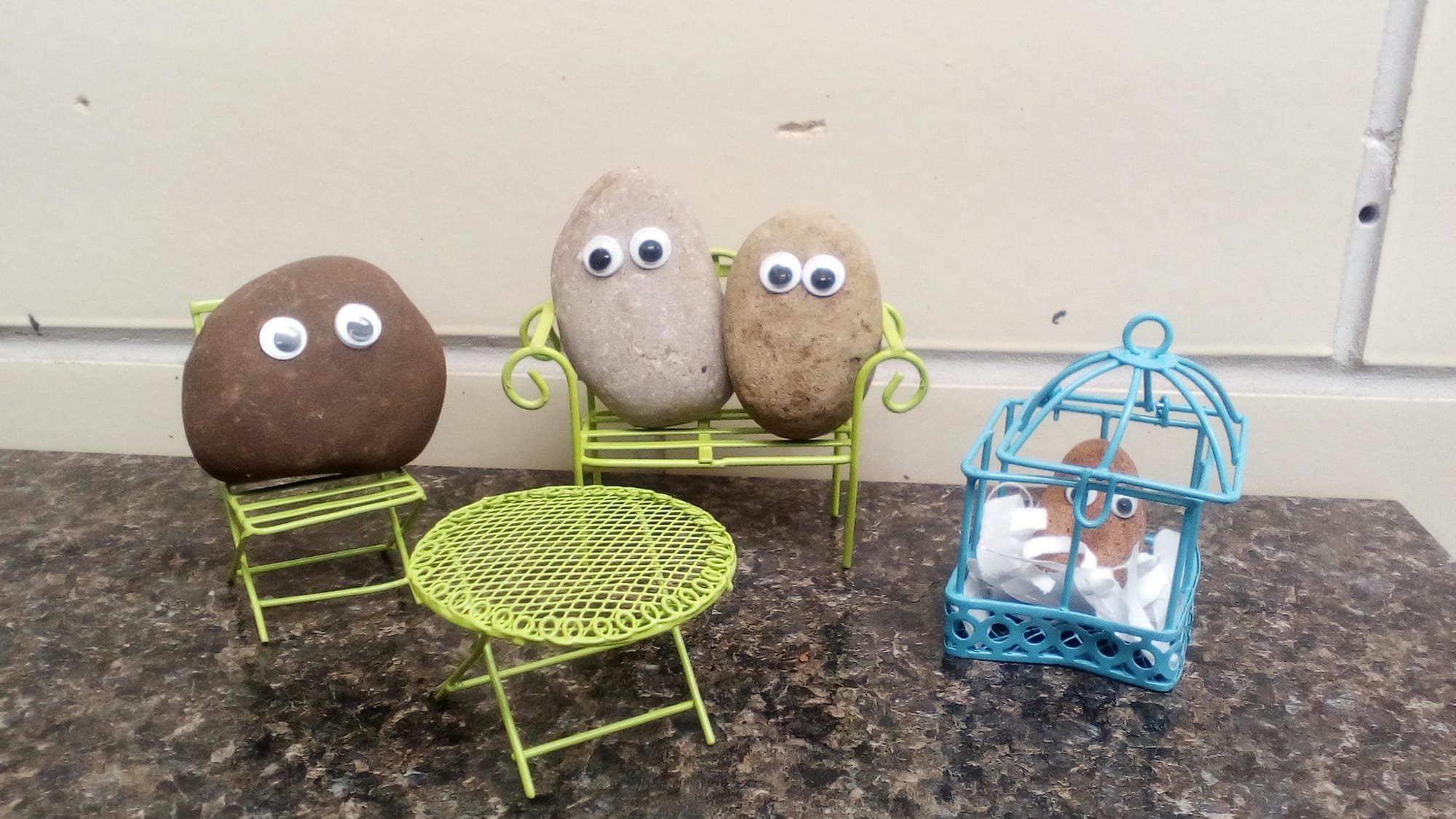 Pet Rocks is a collectible conceived in 1974  by advertising executive Gary Dahl.

The stones are smooth and come from Mexico's, Rosarito Beach.

They were marketed in as live pets and came in a custom cardboard box, complete with straw and breathing holes.

The fad lasted six months, ending short a short increase in sales during the Christmas season of 1974. Although by February of 1975 they were discounted due to lower sales.

Gary Dahl sold 1.5 million Pet Rocks for $4 each and became an instant millionaire.