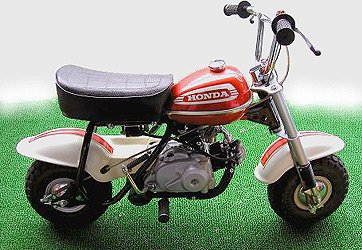 Japanese motorcycle manufacturers were the first to mass produce minibikes, small displacement motorcycles that often had automatic clutches. Honda was among the leaders in the 1960s, the earliest years of the minibike craze.

Honda introduced the QA50 series of minibikes in the U.S. in 1970. It was marketed as a youth model and featured patented Swivel-Lok handlebars that folded down so the bike would fit in the trunk of the family car.