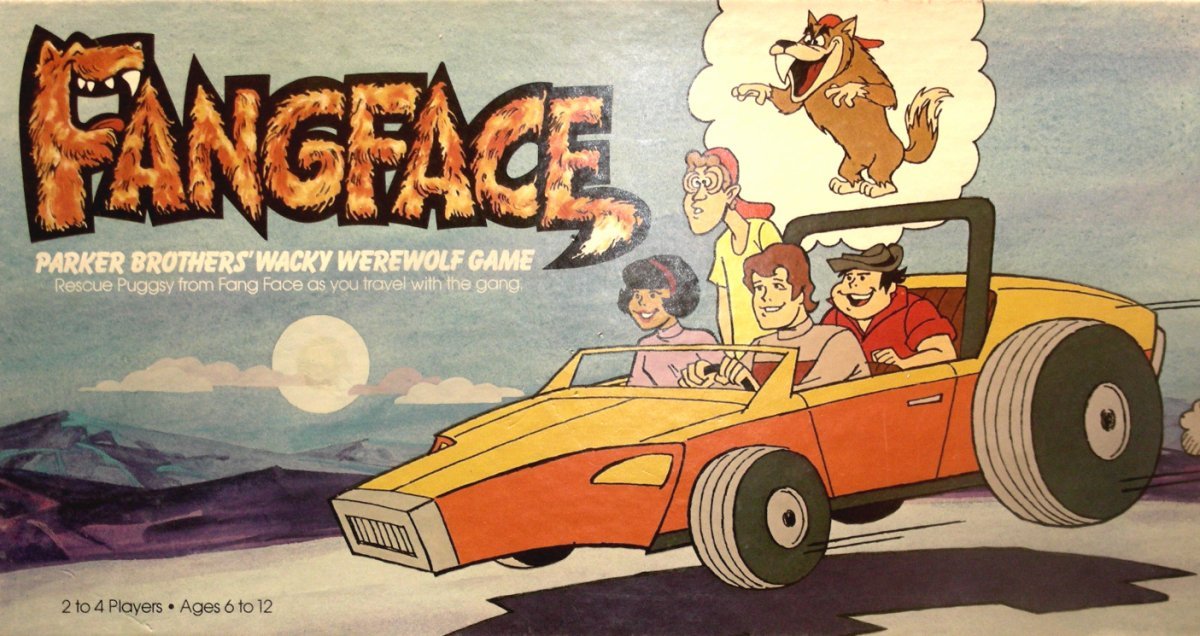 1979 Fangface Board Game by Parker Brothers

Fangface was an ABC Saturday morning cartoon produced by Ruby-Spears Production. The cartoon was about a boy who transforms into a werewolf whenever he sees the moon. The cartoon was short lived and ran for only two seasons from 1978 to 1980.

The Board Game is a wacky werewolf game that features Fangface and is a roll and move game, with simple interactive elements, based on the cartoon series of the same name.